Last Sunday my daughters were in a talent show at the library.  What a fabulous way to get kids used to being in front of a crowd.  My children enjoyed watching the other acts too - even the girl who preformed 23 numbers on the recorder.  I learned a great tip for teaching kids how to hold a microphone so that it is in range but not "in mouth".
Tell them, "Put the microphone as close to your CHIN as possible."  Smart.

My 2-year-old, a.k.a. Shirley Temple, chose as her costume a lovely soft pink dress that once was mine.  My mother had sewn the dress for a contest and won first prize.  The dress's gauzey material is adorned with dozens of light pink flowers.  Although this is my second daughter to wear the dress, it is safe to say, that the last time the dress was ironed was when I wore it at age 2.  Now the flowers, attached only in their centers, were closed snugly around their stigmas as if for a long sleep.  My eldest daughter, age 5, informed me that this wouldn't do.

"Mommy, you need to iron it."  I must have given her a look for she added, "Sometimes we have to do things we don't like.  Even I do."

To say ironing is not my forte is an understatement.  My ironing adds wrinkles.  I had to admit though that this favorite dressed couldn't get much worse.

I uncovered the ironing board and iron and did my best.  I'd smooth a flower open, move onto the next one, to find the first one had floated closed.  After 15 minutes I had done the dress's collar.  My daughter had disappeared temporarily into her room, but she came back, her arms full of clothes.

"I've never worn these because they need ironing," she told me.  I get all my children's clothes passed down and my daughter has never complained.  I put the "costume" aside and ironed my eldest's pile.  It was easier than those blooming flowers.  Then I went back to the "costume".  My 5-year-old watched carefully.

"Mommy," she said encouragingly, "you are doing a very good job for someone your age."  This set me laughing.  I called my mother.  "You need spray starch," she told me. 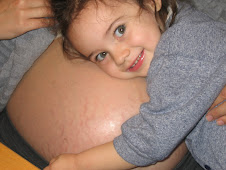